Rediscover The Famous Food Of The New Israeli Cuisine 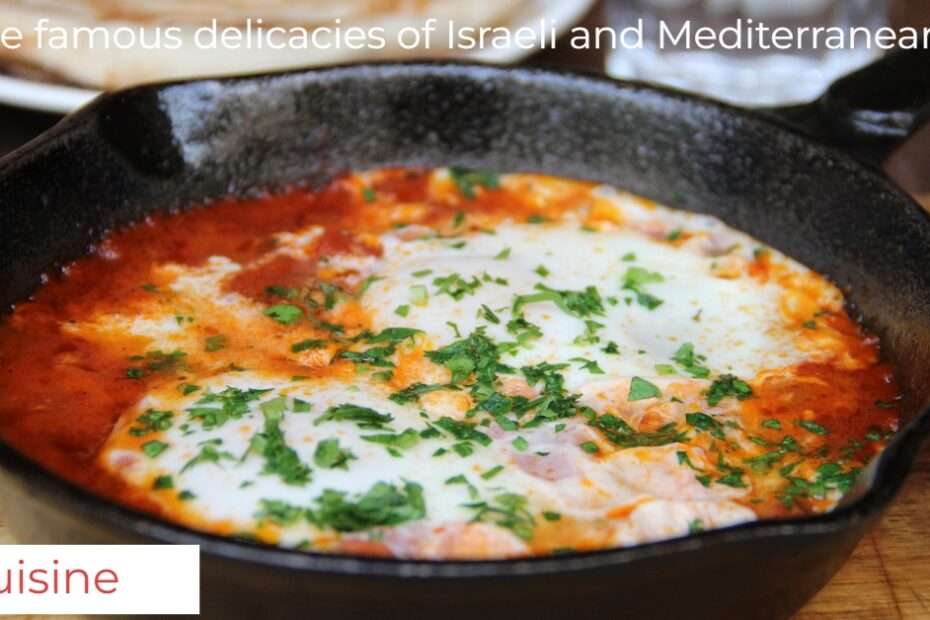 Do you know what is exactly the beauty of Israeli cuisine / Mediterranean cuisine? or what is a Mediterranean diet? It’s not by chance that Israel ranks as one of the healthiest countries – we embrace the grow the superfoods that fuel it. The country’s diverse population means that foods from all over the world have become absolute staples in our kitchens.

Therefore Israel is #1 on a new ranking of countries with the lowest rate of diet-related deaths worldwide.

The healthful foundation of Israel’s way of eating is common to all countries bordering the Mediterranean Sea.

Elliot Berry, Dr. from Hebrew University Hadassah Medical School said: “The Mediterranean diet (Israeli cuisine) has the most evidence of being the ‘super diet,’

The Mediterranean diet encourages moderate amounts of fish and poultry, and a low intake of dairy products (mostly yogurt and cheese), red and processed meats, and sweets.

2. Salad with breakfast, lunch, and dinner

If you’ve ever enjoyed a traditional Israeli breakfast buffet at a hotel or restaurant, you know what we’re talking about.

For instance, we can see at the breakfast meal a huge variety of raw sliced vegetables and vegetable salads, freshly baked bread, a large variety of cheeses, porridge, and other warm delights to jumpstart your day.

If you don’t see a plate of homemade hummus at mealtime, you’re probably not in Israel.

Hummus is a delicious and nutritious creamy paste – based on protein-rich chickpeas, sesame tahini, sea salt, and lemon juice.

Tahini (tahina to Israelis), simply ground sesame seeds, is not only an essential ingredient in hummus but has pride of place in Israeli cuisine as the basis of an all-purpose dip and dressing.

The regal red pomegranate is one of the seven indigenous crops mentioned in the Bible (the others are wheat, barley, grapes, olives, figs, and dates) and is a visual symbol of Israel itself.

Pomegranate seeds (the edible part of the fruit) guard against cancer and heart disease, boost immunity, and reduce chronic inflammation. Gastric distress, hot flashes, hemorrhoids, conjunctivitis, osteoarthritis, hypertension, and high cholesterol are some of the ailments pomegranate seeds are believed to ease.

Israelis don’t consider a salad to be a salad if it doesn’t have chopped tomatoes in it.

Along with vitamins and minerals, tomatoes contain lycopene, the carotenoid phytonutrient that makes them red. Lycopene is a powerful antioxidant beneficial for the heart, blood pressure, prostate, bones, and skin. Our bodies absorb lycopene best when tomatoes are consumed with something oily like olive oil or cheese.

The benefits of a hearty breakfast have been proven in several Israel studies that reveal eating more in the morning and less in the evening suppresses blood sugar surges, eases weight loss, and helps diabetics avoid insulin resistance.

Unrefined extra-virgin olive oil is the foundation of the Mediterranean diet, and hence in Israeli cooking.

Often considered a fountain of youth, EVOO is a rich source of healthful monounsaturated fat, antioxidants, vitamins, and minerals.

We pop ’em like candies, stuff ’em with walnuts, and use their silan (nectar)  as low-glycemic honey, straight up and in an endless assortment of stews, sauces, rubs, and marinades.

Israelis love locally grown dates and this superfruit loves us back: dates protect against heart attack and stroke by lowering blood triglyceride levels; stabilizing blood pressure; and providing a good dose of antioxidants, vitamins A and B, protein, and dietary fiber.

Shakshuka is a dish of Northern-African origin and is a great option for breakfast meals. The dish is elegant in its simplicity, yet knows endless variations. At its core, shakshuka is made by poaching eggs in a skillet filled with a bubbling tomato stew of peppers, onions, herbs, and spices (it’s popular for breakfast and brunch)