Wearables Technology is taking the world by storm 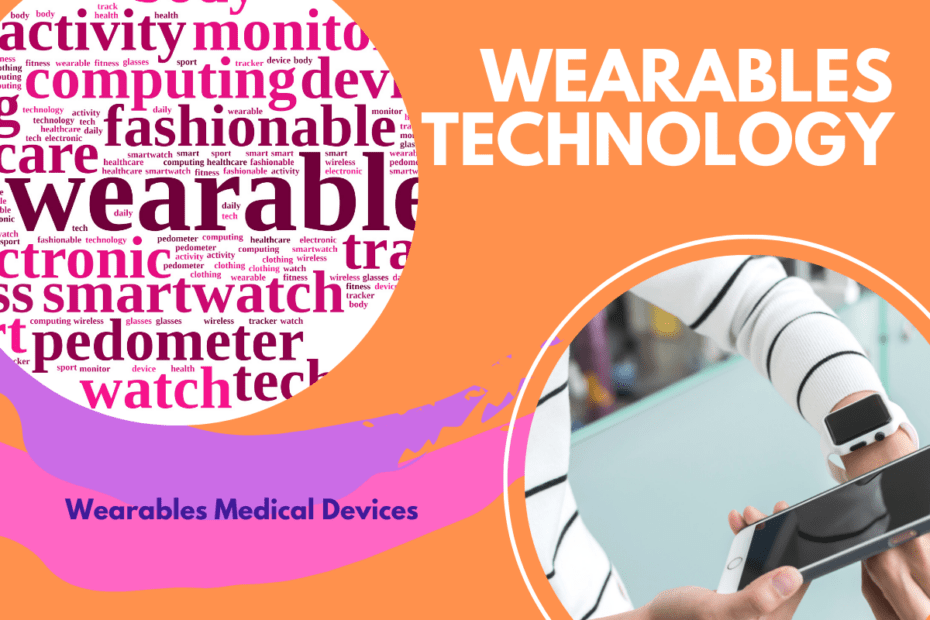 What are wearable devices?

Wearables are taking the world by storm, and they’re not going to go away anytime soon. Wearables (wearables IoT) are electronic technology or devices incorporated into items that can be comfortably worn on a body. These wearable devices are used for tracking information on a real-time basis. Wearable devices have motion sensors that take the snapshot of your day-to-day activity and sync them with mobile devices or laptop computers. After the invention of smartphones, wearable electronics are the next big innovation in the world of technology. See Updates

Wearables devices (wearables IoT) have become more sophisticated in recent years, with the ability to track everything from abnormal heart rates and atrial fibrillation to stress and even blood oxygen levels.

However, monitoring blood pressure is a challenge for a wrist-worn device. Wearables devices and components maker Valencell says it’s figured out how to measure blood pressure using photoplethysmography (PPG) heart rate sensors from your finger or wrist. 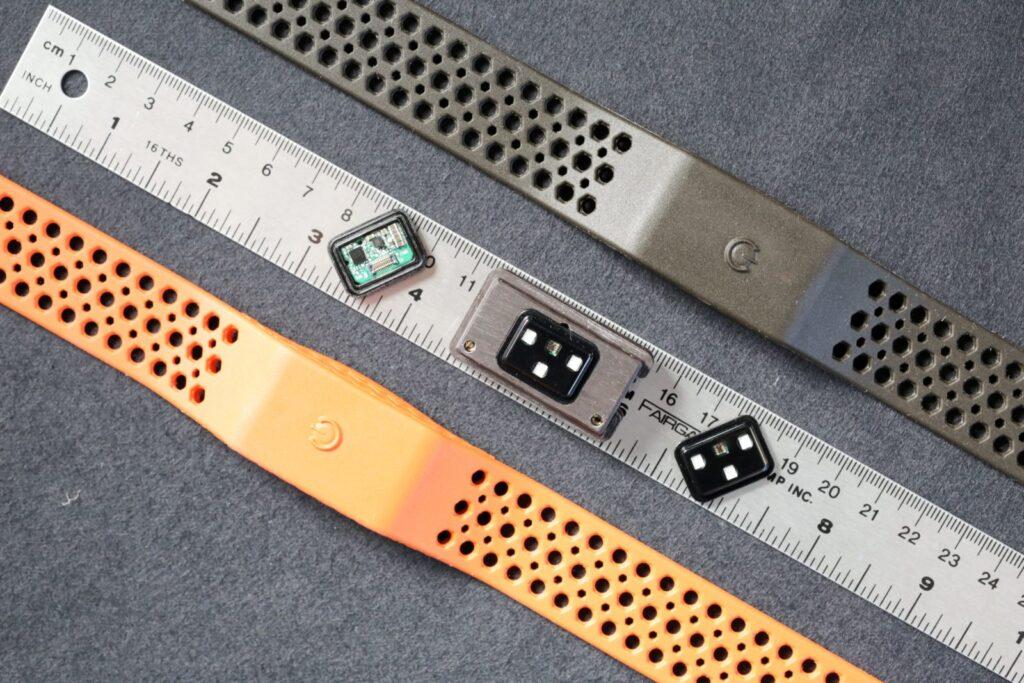 While Valencell might not be a household name, its tech can be found in tons of wearables from big-name companies, including Jabra, Suunto, LG, and Bose. They’ve been hinting at blood pressure monitoring for years, and last year, Valencell announced it could identify hypertension via optical sensors in earbuds with 89% accuracy.

At the time, the company noted that while it had tested its tech on the finger and wrist, the accuracy simply wasn’t there yet. The problem, according to Valencell co-founder Dr. Steven LeBoeuf, is that PPG sensors collect a lot of data—which comes with a lot of noise. The company had intended to collect much more data in 2020 to refine accuracy for the finger and wrist, but the pandemic foiled those plans.

As a result, Valencell says this tech can now be embedded in smartwatches, fitness trackers, patches, and pulse oximeter finger clips. On top of that, Valencell’s approach to blood pressure monitoring would be calibration-free.

The innovation in Wearables Technology (IoT)

The exciting thing here is that Valencell’s tech wouldn’t require wearables makers to use a new sensor. PPG sensors—the teeny optical sensors that flash green light into your skin to measure your heart rate—are already widely used in wearables like Fitbits and the Apple Watch.

Right now, most at-home blood pressure tech requires either calibration or is cuff-based.

Cuff-based methods are accurate, but they do have some limitations. For example, Dr. LeBoeuf notes that the cuff method inherently comes with a two-minute wait time between cycles. That can be difficult in medical situations where you might want continuous blood pressure monitoring in real-time (like during surgery, etc.). Cuffs also aren’t ideal for doctors trying to detect sleep apnea via blood pressure on slumbering patients, because the pressure of the cuff can cause patients to wake up. Plus, for dialysis patients, cuffs can also cause bruising. A non-invasive, passive monitoring system like the one Valencell is proposing would be beneficial in these instances.

From a consumer perspective, a finger or wrist-based form factor is also preferable. 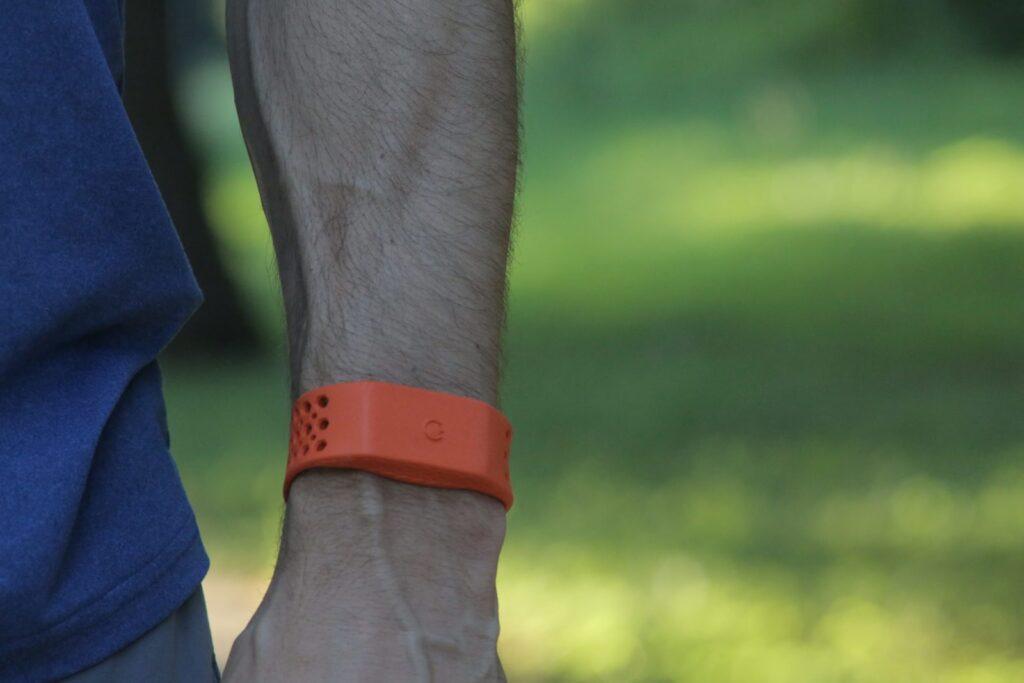 In November, Valencell conducted a study and found that Americans with hypertension are inconsistent when it comes to monitoring their blood pressure.

Only 31% of Americans said they measured their blood pressure “a few times per month,” with another 31% saying they only measured “a few times a year.” Given a choice, the study respondents also said that they would likely measure more frequently if they could do so from a finger clip (41%), smartwatch (40%), or phone (32%).

LeBoeuf says the two methods are akin to chest strap heart rate monitors and wrist-based ones. While the chest straps are “far more accurate,” not as many people are willing to use or buy them, with a sales volume of around 10 million units per year. Meanwhile, wrist-based PPGs on smartwatches and fitness bands are convenient, passive, and included in more than hundreds of millions of units. Famously, the Apple Heart Study was able to enroll a record 400,000 participants from all 50 states in just eight months.

This doesn’t mean your smartwatch or fitness tracker or any wearable device will be able to monitor your blood pressure in the next few months. Valencell says it’s pursuing clearance from the U.S. Food and Drug Administration in early 2021, which will, in turn, help wearables makers who want to embed this tech in their own devices.

Individual gadget makers would then have to get FDA clearance for their particular device.

Also, while Valencell’s tech could definitely have medical applications, like smartwatch ECGs, this would most likely be a tool to help people understand their baselines and get advice on when to seek official diagnoses from their doctors.

Still, this is exciting news as far as what we might be able to expect from future smartwatches and other types of wearables. And while the tech might not be available overnight, it’s quite possible that we’ll start measuring blood pressure from the finger or wrist in the next few years.

Samsung Expands Vital Blood Pressure and Electrocardiogram Tracking to Galaxy Watch3 and Galaxy Watch Active2 in 31 More Countries High blood pressure is commonly linked to brain, kidney, and heart diseases, and if left untreated, it can lead to stroke and coronary heart disease. Galaxy smartwatches are able to measure blood pressure via the Samsung Health Monitor app, which provides users with deeper insight into health and allows them to make more informed decisions about their wellness.